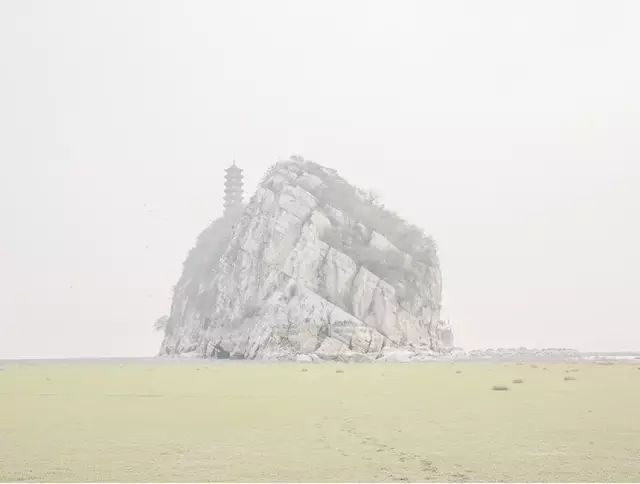 The Yellow River is China’s second-longest river. To trace its path is no easy task—one’s finger runs from the muddy flats of Shandong, zig-zagging north and south well over 5,000 km all the way back to its source in the mountains of Qinghai. It has been known as both the “cradle of Chinese civilization” (for its central role in the beginning of ancient China), as well as “China’s Sorrow” (for its ferocious annual flooding). In the words of Chinese photographer Zhang Kechun, “rivers are always the heaviest carriers of the Chinese people’s affection.”

Having spent two years on its banks making this project, Kechun came to understand both the river itself and the ever-present mountains nearby. According to Kechun, Chinese culture contains a deeply engrained belief that “mountains are virtuous, rivers are moral.”

Kechun was able to spend so much time with the river thanks to the fact that part of his occupation is to offer sightseeing tours to those who want to see the river. Indeed, Kechun feels a strong desire to share the beauties of his country while they still exist: “China is undergoing high-speed changes and immerses itself in the excitement of prosperity. The trend of strong destructive power which cannot be halted is following. Under these circumstances, I seem to be very insignificant as an ordinary person. In the course of my traveling over land and water over the years, I am looking for those people who are still in company with mountains and waters.”

Kechun is moved not only by the notion of working with the landscape but also with the people within that landscape. “When taking photos, I exchange with my subjects. I join them and it is up to the person being photographed as well as me to press the shutter. I believe that I cannot feel more strongly than when I am lost in it. Even for a transient moment, I feel so delighted to encounter classical and precious relics on the way. With my delight comes great anxieties that these relics are likely to disappear tomorrow.”