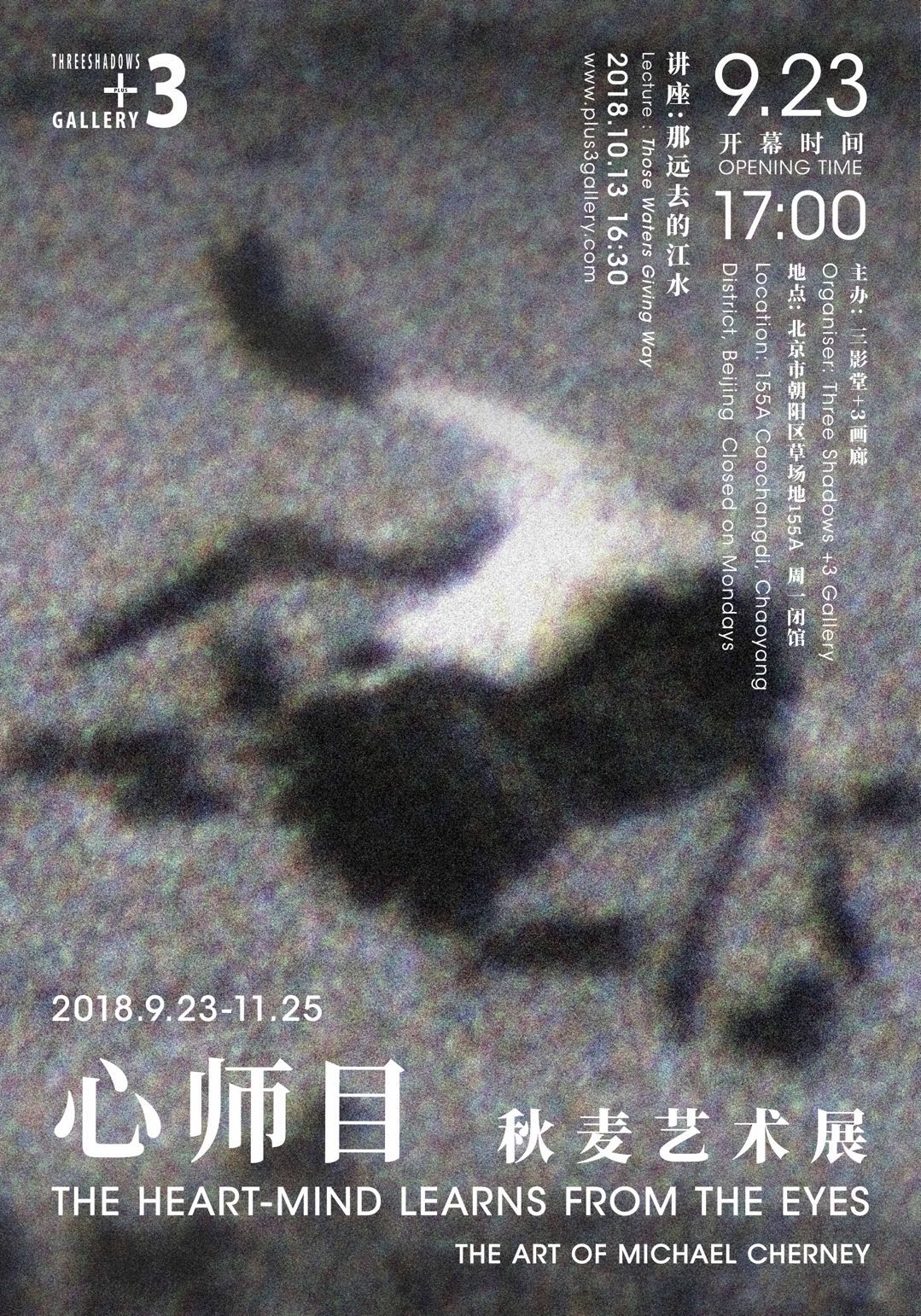 Three Shadows +3 Gallery is honored to host Michael Cherney's first solo show in Beijing in over ten years, "The Heart-Mind Learns From the Eyes – The Art of Michael Cherney." Resulting from decades of immersion in Chinese life and culture, Cherney's photographic works exist in vibrant conversation with the unbroken tradition of Chinese art. To see them is also to travel through the geography and history of the country.

Cherney’s photography centers on depictions of landscapes that he selects according to their associations with collective cultural memory. He embeds poetic and pictorial references alongside his deep interest in environmental issues, situating himself in a long continuum.

The photos often start with subject matter stirred by three of China's traditional arts – poetry, painting, and calligraphy. Cherney then engages himself in a long research process that culminates in journeys to the landscapes revered and immortalized in the work of his predecessors.

Cherney photographs with the wide-angle lens of his Leica M6 or Fuji XPAN on 35mm film, often in black-and-white. Only a few frames pass his meticulous edit. He then crops and magnifies a slice of the image according to conceptual, aesthetic and formal criteria, such as the actual resemblance of the subject to the brushstrokes in the inspirational ink-and-wash painting, the overall compositional rhythm, and the intended presentation of the photograph – a vertical or horizontal scroll, an album, a screen, a photograph in a wooden frame, etc.

The final result is an ink-jet photograph printed on traditional paper normally used for calligraphy and brush painting, generally Xuan or Mitsumata paper. Left untreated with chemicals, the surface absorbs the ink naturally according to its intrinsic structural qualities. The speed, pressure and amount of water that form the distinctive character of traditional brushwork landscape painting are replaced by mechanically propelled ink droplets.

To a connoisseur like Cherney, photography constitutes only a piece of the final artwork. He creates full objects featuring sophisticated mounting, calligraphy, special seals, and – in the case of the scrolls or accordion fold albums he creates – a refined, handcrafted box realized with the finest Chinese woods.

Varying in their level of grain and abstraction, Cherney created the twelve works featured in this exhibition over the past decade. This is the first time for any of these works to be shown in China; many have never been exhibited anywhere.

Map of Mountains and Seas #10, Photographic print on Mitsumata Paper 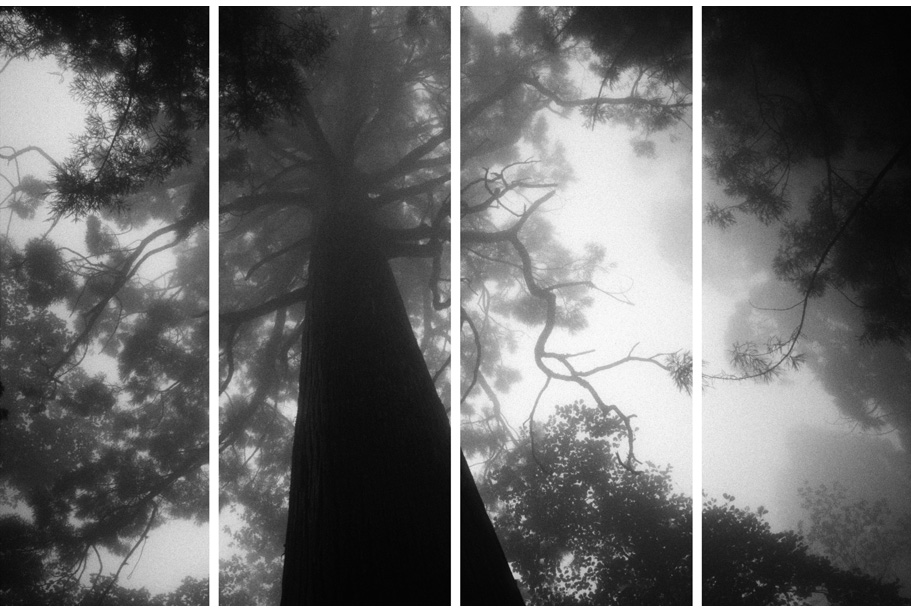 Shadow Curtains #8B (2010, 130x206cm) is a large format work depicting one of the three ancient trees on Mount Lu in Jiangxi Province. Seen from the bottom of the majestic trunk, the tree and its mist-shrouded foliage become otherworldly evidence of a revered past. It is a four-panel photographic homage to the 17th century painting Wind God and Thunder God by Japanese artist Tawaraya Sōtatsu.

In Three Views of Yellow Earth, Cherney moves to the Loess Plateau in Northern China. The dry and eroded territory exposes scattered traces of human life and a centuries-long history of land exploitation. 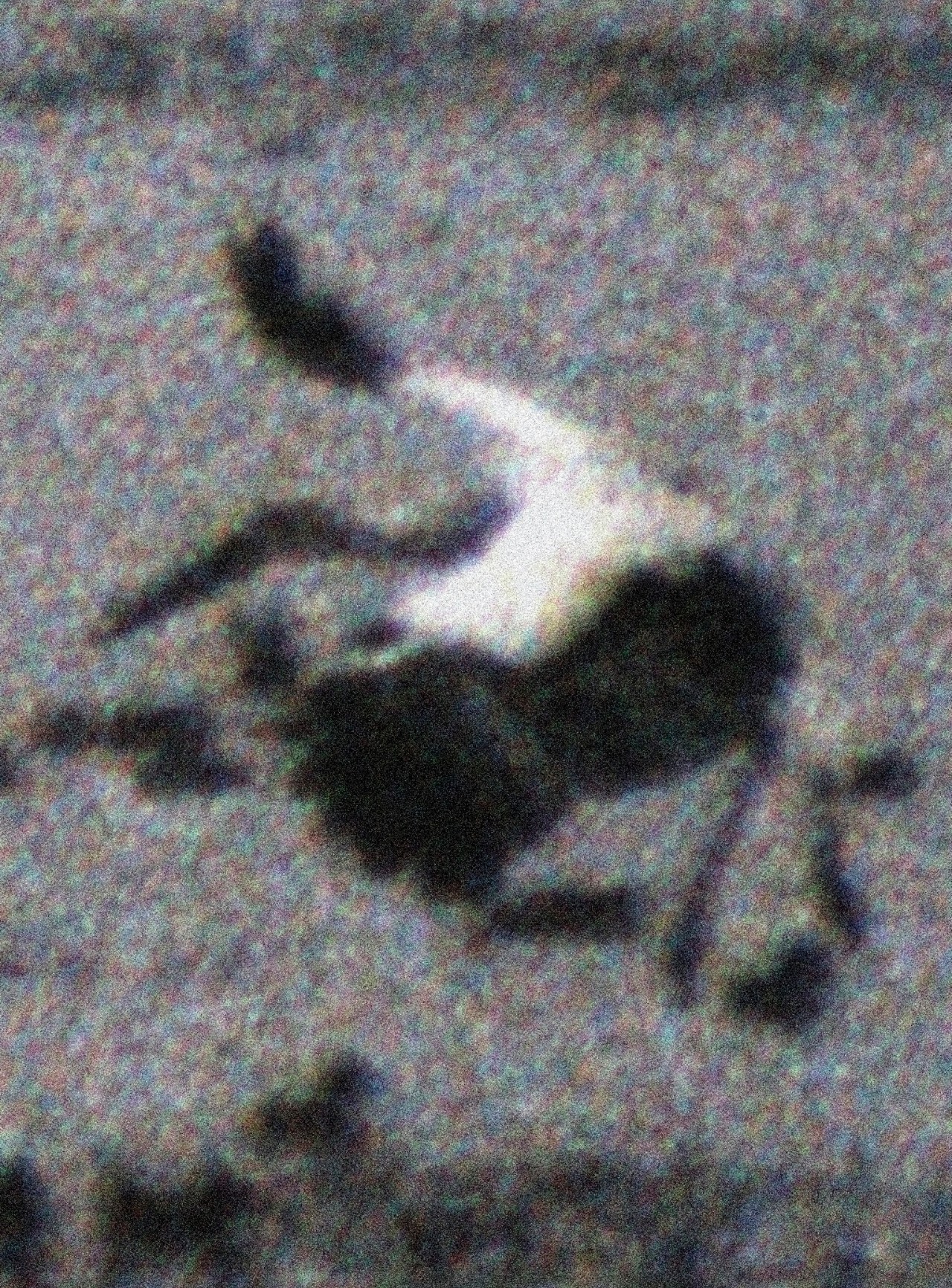 Twilight Cranes (2007), meanwhile, is a delicate 23x1337cm handscroll printed on fine kozo paper from Mino (Gifu Prefecture, Japan) that portrays the cranes in the Poyang Lake region of Jiangxi. Symbolically connected with the idea of immortality in Chinese mythology, the cranes here look blurred and ephemeral, their future existence in this physical world suspended in daunting uncertainty by the irreversible deterioration of their natural habitat caused by man. This work is formally inspired by the 17thcentury Japanese masterpiece Poems of the Sanjūrokkasen with Design of Cranes, a 34x1356cm handscroll preserved at the Kyoto National Museum that combines some of the finest calligraphy by Hon'ami Koetsu with the exquisite brushwork of Tawaraya Sōtatsu. 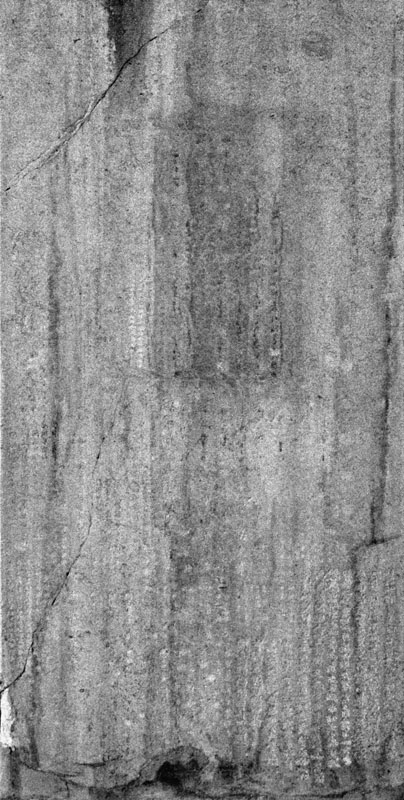 Cherney's work also alludes to the cracks on the Chinese stone engraving masterpiece Yi He Ming (aka "Inscription of a Eulogy on the Burial of a Crane"), a stele dating back to the Southern Dynasties (420-589). Spared from oblivion, in 1713 the stele was hauled out of waters in which it fell centuries before, preserving its literal and metaphorical messages until today – the crane could stand for Daoism, which was oppressed at the time of the stone inscription.

Wordless Stele (2007, 416x210cm) is a monumental photographic work towering in the middle of the exhibition space. Mounted with special lighting that enhances its already palpable contrast, symbolic meaning, and peculiar history, the work is a full (1:1) scale photographic reproduction of the commemorative stele erected in Qiangling, Shaanxi Province after the death of Tang Dynasty Empress Wu Zetian (625-705). Nowadays its engravings are only partially readable. Achieving an exquisite balance between legibility and abstraction, Wordless Stele seems readable from afar, yet the closer the observer comes to the work, the more fuzzy and indistinct the messages left from the past become.

Michael Cherney studied Chinese language and history at the State University of New York at Binghamton, followed by graduate language study at Beijing Language Institute.  A self-taught photographer, Cherney's formal studies, combined with his rigorous personal studies of China's art historical past, have resulted in his abiding appreciation and even reverence for China'srich history and painting tradition, particularly landscape painting. His relationship with China has been deepened by his residence in Beijing for well over two decades along with his extensive travel throughout China, seeking out the specific sites that have historical relevance to his work. He has described his art as a way “to look upon a place imbued with a vast (sometimes daunting) accumulation of history and cultural memory, and then to capture one instant, fleeting, tangible moment of it with a photograph.”